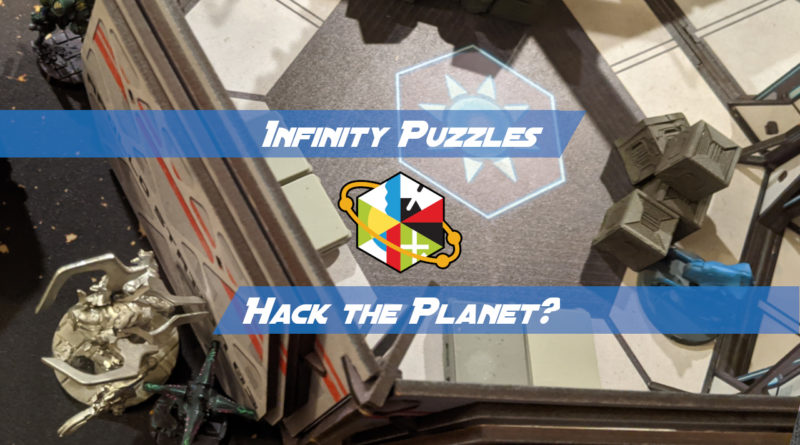 Not sure what this is about? Have a look at the original prompt here:

Low turnout this time, we only had two respondents:

What do you do?

Spotlight and Missile the Imetron

All of the other hacking attacks are contested by face to face rolls so could be messy and order inefficient. Total control won’t do too much because you’re low on orders and about to pass the turn, at which point the opponent spends a command token to take the TAG back. And isolating the TAG is pointless when you could just kill it.

Don’t spotlight and guided the TAG because it has ECM Guided and also a WIP of 13 to avoid being hacked. You spotlight the Imetron instead. It has no WIP so it’s literally an uncontested attack for you. Then after that you launch BS18 missiles at the Imetron and the Xeodron gets hit too. Remember that ECM Guided on the Xeodron will NOT work because when you use an impact template, you calculate all mods to the main target and ignore the abilities of the surrounding targets. So by doing this you’re getting guided missiles on BS18 vs the Xeodron by splashing it, instead of directly targeting it.

What about the Taigha threatening Zoe/Jazz and rescuing the Gecko?

You need to kill that Taigha because many of your important models are 1W and it can lock the Gecko in CC if you’re unlucky. Move the Gecko into cover and out some shots into the Taigha. Spend two or three orders on this if you need to. The Spotlight + Guided probably needs 4 orders to work. Say 2 to spotlight and 2 to guided. So you have enough to devote a few to the Taigha.

What do you do?

With four orders left and enemy forces in such a good position its probably better to just get to safety. Jazz and Billie can get 5 total shots on a Tigha and the Gecko can pretty regularly drop one. Once safe, blunting the xeodron removes an enemy piece and keeps your own repeater safe to later target stuff.

What about the Taigha threatening Zoe/Jazz and rescuing the Gecko?

See above. Making that priority. Morlock could even assist if it goes bad. 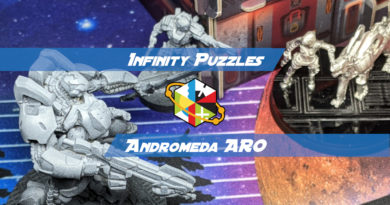 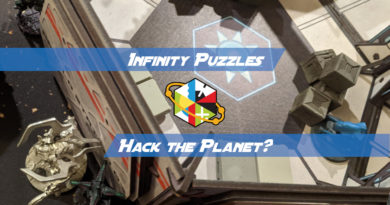